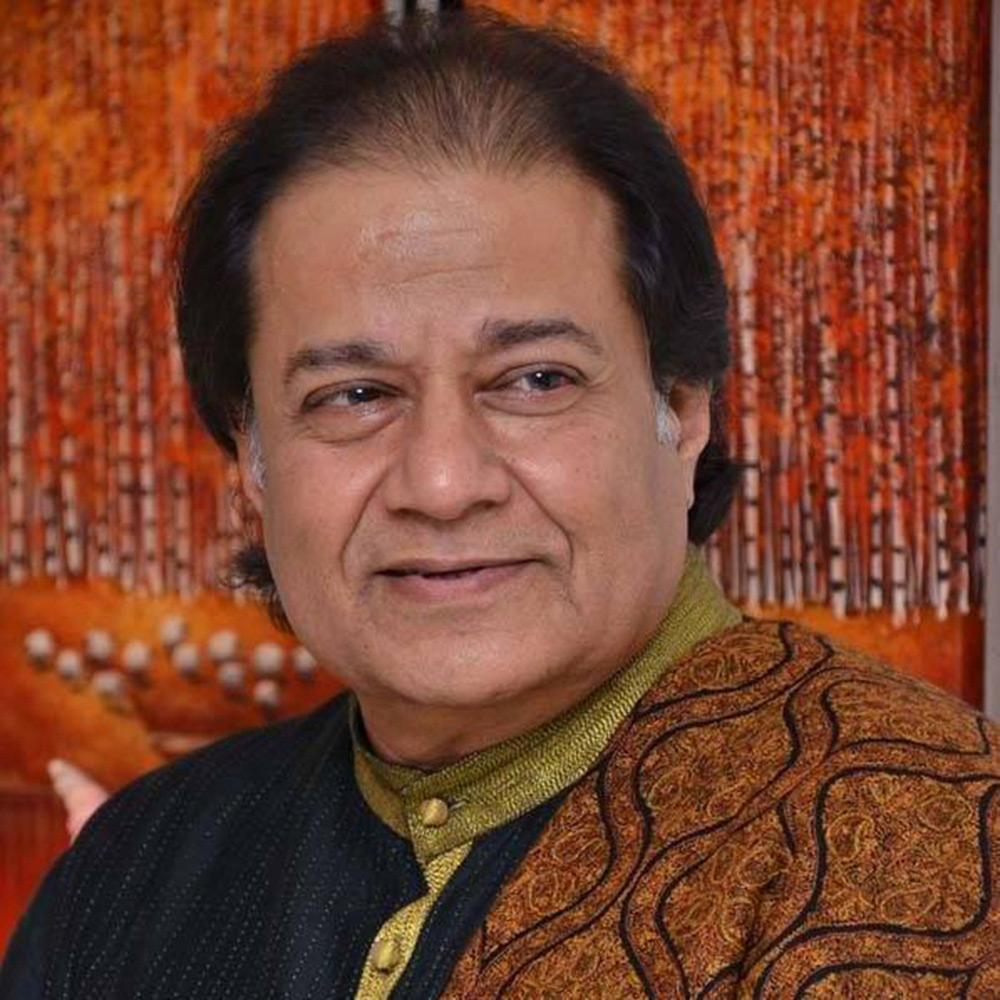 Anup Jalota is a famous Indian singer/musician, best known for his performances in the Indian musical form of the bhajan and the ghazal. He was born in Phagwara, Punjab and educated in Lucknow. Anup started his musical career as a chorus singer in All India Radio. He is the son of Purushottam Das Jalota, a renowned exponent of the bhajan. A brilliant singer, Anup Jalota has accomplished in five years what took Elvis Presley 27 years to achieve - when in 1998 he surpassed Presley's record of 45 gold and platinum discs with 58 discs of his own. His son Aryaman Jalota is a student, studying in Mumbai. His brother, Ajay Jalota, is a well known Tabla player who currently resides in California. Anup Jalota is usually backed by a santoor player, a tabla player and a guitarist. He can sing in 6 different languages and has recorded over 1,200 bhajans, ghazals and songs. He has performed over 4000 live concerts spread over 100 cities on all five continents. In over 24 years, he has released more than 150 albums of bhajans and gazhals.