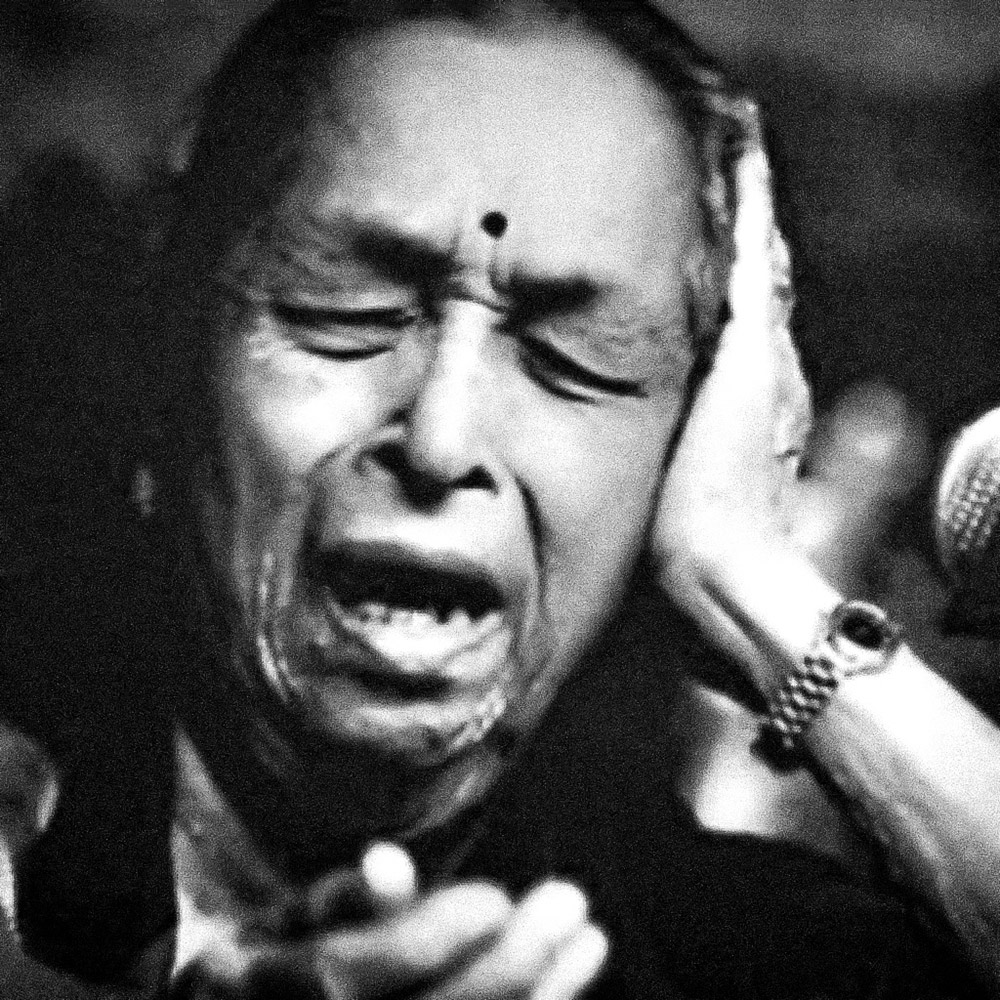 Dr. Gangubai Hangal was born in 1913 and died in 2009 after an illustrious career. She started performing in local celebrations and Ganeshotsavas in Mumbai when she was in her mid-teens. She made music because she has felt duty-bound to pass on to the future generations what her guruji gave her and did so with unflagging sincerity and dedication, winning love and respect along the way for her transparently good nature. She represented the quintessence of purity and nobility of Hindustani classical music. She was known for her steadfast loyalty to Gharana-parampara and stood as a beacon of light for all aspiring young artists. Dr. Gangubai Hangal’s guru was Sawai Gandharva. Though she was surrounded by maestros like Bada Ghulam Ali Khan Saheb and Amir Khan Saheb, whose gayakis she greatly admired, never did she fall for the temptations of trying to imbibe elements from other styles. Nor did she ever sing of her guru's repertoire. She would say, “My earliest memories of music are of running out of the house to listen to gramophone records in street corners. How I loved that music and tried to copy it! My mother taught basics of sur, but the most important influence was my Guru, the late Sawai Gandharva. He would teach us one phrase or palta and not go to the next until we had mastered it. There were times when I would sit in a comer for hours, alone, just practising. Sometimes I would start crying out of frustration... but Guruji never gave up, such was his bhakti.”