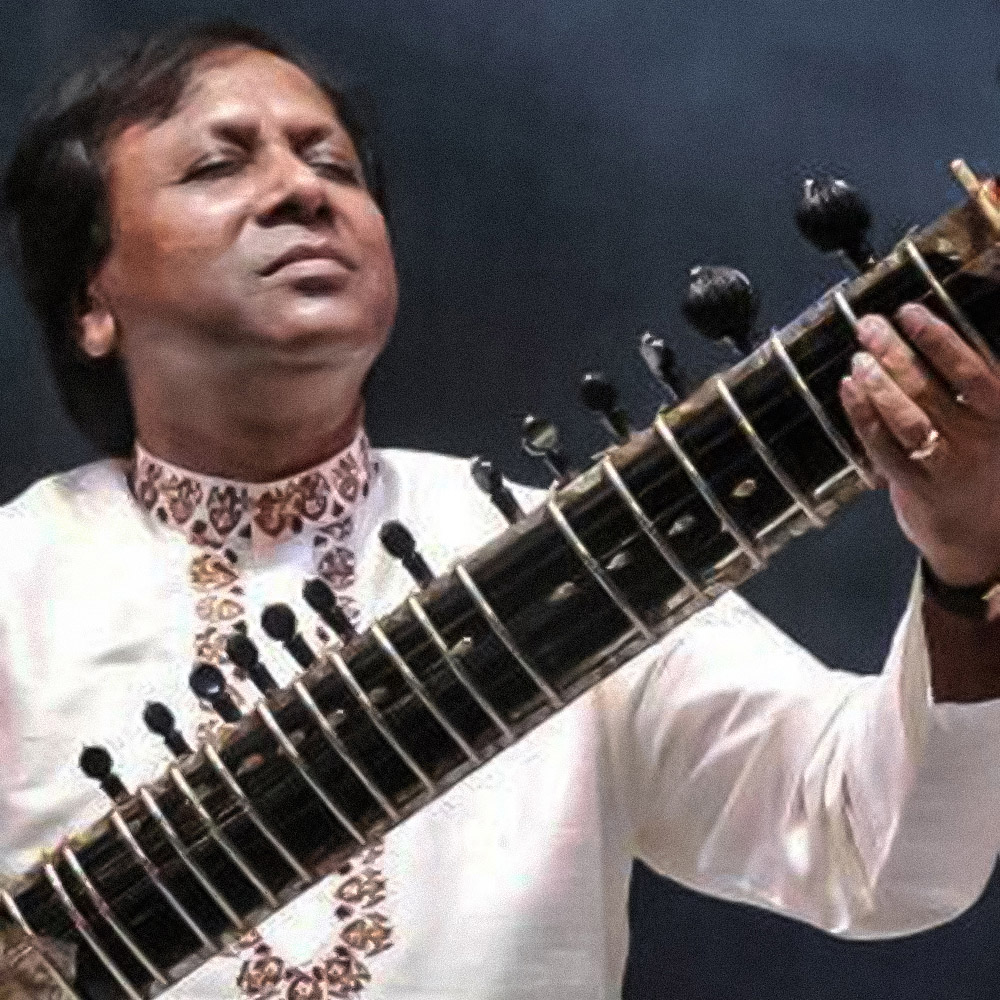 Shahid Parvez is a complete musician, having trained in the vocal, percussive (tabla) and instrumental aspects of his art. The sitar is of course his chosen instrument, on which he has trained from the tender age of four, practicing all night before flitting away to school in the day. Starting to perform at the age of eight, he found plaudits coming his way from titans like Bade Ghulam Ali Khan and his redoubtable uncle Ustad Vilayat Khan, but none from his famous composer father Ustad Aziz Khan, who did not want his son's monumental regimen of riyaaz (practice) to flag through premature praise. He had a lot to learn, considering that he had to assimilate six generations of musical effort of the Etawah gharana (family musical tradition), even as he mastered the art of making the music flow through his being and making the sitar sing for him. Shahid Parvez etches the lineaments of the raga Shyam Kalyan with mellifluous strokes of assurance and poise. The pulsation of gliding notes (meend) and soulful raga phrases take us from the lower ranges to the upper octave. Shahid's approach reveals purity of style and pulchritude of playing. The slow tempo raga delineation preserves the unhurried and languid mood of the raga. The final picture that one gets is not only that of a raga but also that of the masterly style of an introspective musical genius. The unhurried raga essay is followed by acceleration in the melodically denser musical progression consisting of note permutations (called jhod). Shahid Parvez throws in interesting combinations, contrasts of thick and thin and quivering phrases. In the finale, the artist refers constantly to the drone pitch by strumming the rhythm strings and enters into a phase of rapid pulsation through pluck playing. This is akin to a cloudburst of notes, a shower of musical phrases. The melodic and rhythmic mastery of the player is evident in this tour de force. 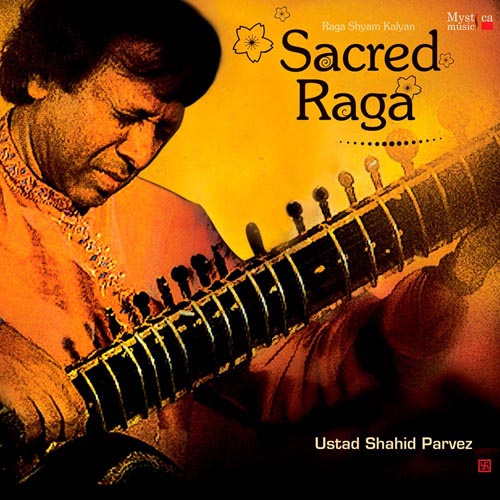