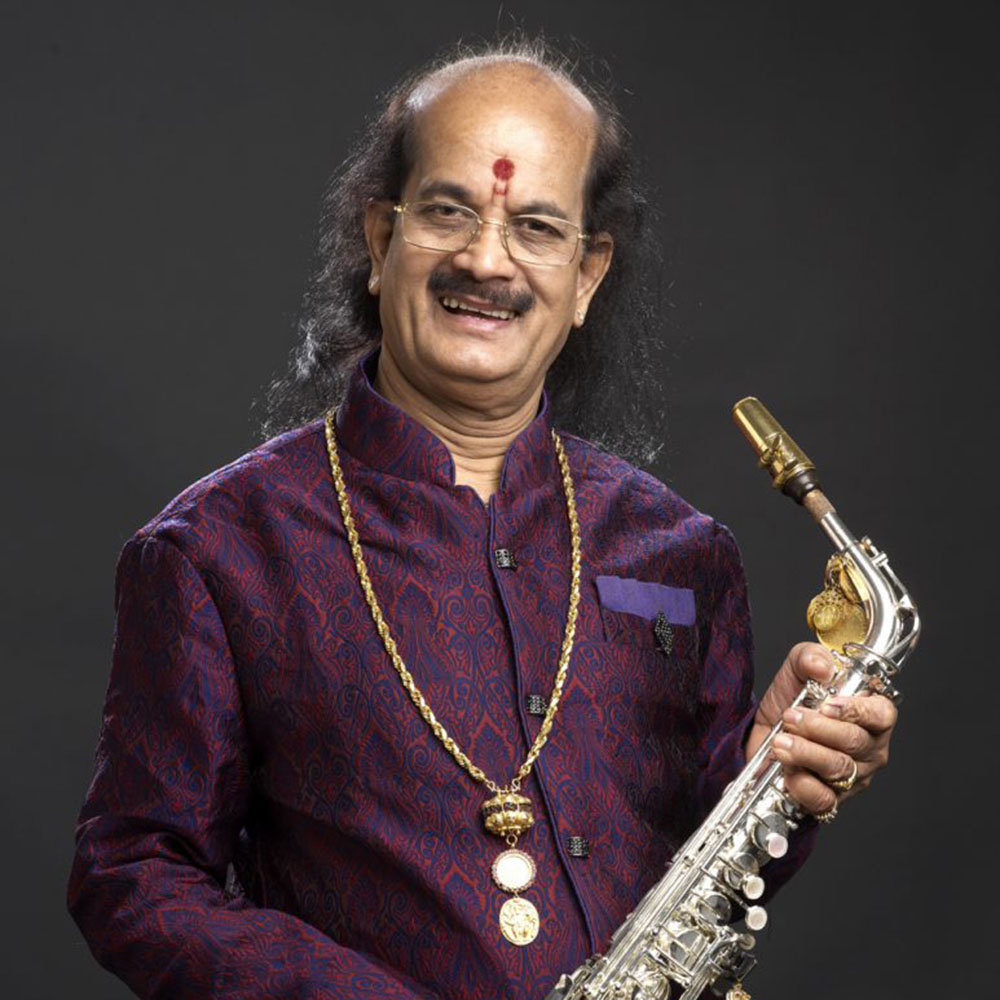 Kadri Gopalnath was born in Mangalore, Dakshina Kannada district, Karnataka. He acquired a taste for music from his father Thaniappa, a nadaswaram vidwan. Young Gopalnath once saw the saxophone being played in the Mysore palace band set. Thrilled on hearing the vibrant tone of the saxophone, Gopalnath decided to master it. It took him nearly 20 years for him to conquer the complex western wind instrument and he was eventually crowned as the ‘Saxophone Chakravarthy’. Gopalnath had to make certain modifications to the conventional alto saxophone to play Carnatic music. So successful has this adaptation been that the great musician Semmangudi Srinivasa Iyer, the doyen of Carnatic music, has acknowledged Kadri Gopalnath as a true Carnatic music genius. Gopalnath learnt the instrument under Gopalkrishna Iyer of Kalaniketana, Mangalore. In Madras, Gopalnath came in contact with the mridangist T.V. Gopalkrishnan who identified the youngster's potential and tutored him. His maiden performance was for the Chembai Memorial Trust. The 1980 Mumbai jazz festival was a turning point for Gopalnath where his performance became an instant hit with the audience. A huge number of titles and honours have come his way, the most cherished being the Asthana Vidwan of Sri Kanchi Kamakoti Pettam, Sri Sringeri Sharadha Peetam, Sri Ahobila Mutt and Sri Pillayapatti Temple. Among his other distinctions are: Saxophone Chakravarthy, Saxophone Samrat, Ganakala Shree, Nadapasana Brahma, Sunada Prakashika, Nada Kalarathna, Nada Kalanidhi, Sangeetha Vadya Rathna, Karnataka Kalashree and many more. Gopalnath has the distinction of being the first Carnatic musician to be invited in the BBC Promenade concert in 1994, which was sponsored by the Asian Music Circuit, U.K. He also received an honorary doctorate from Bangalore University in 2004.