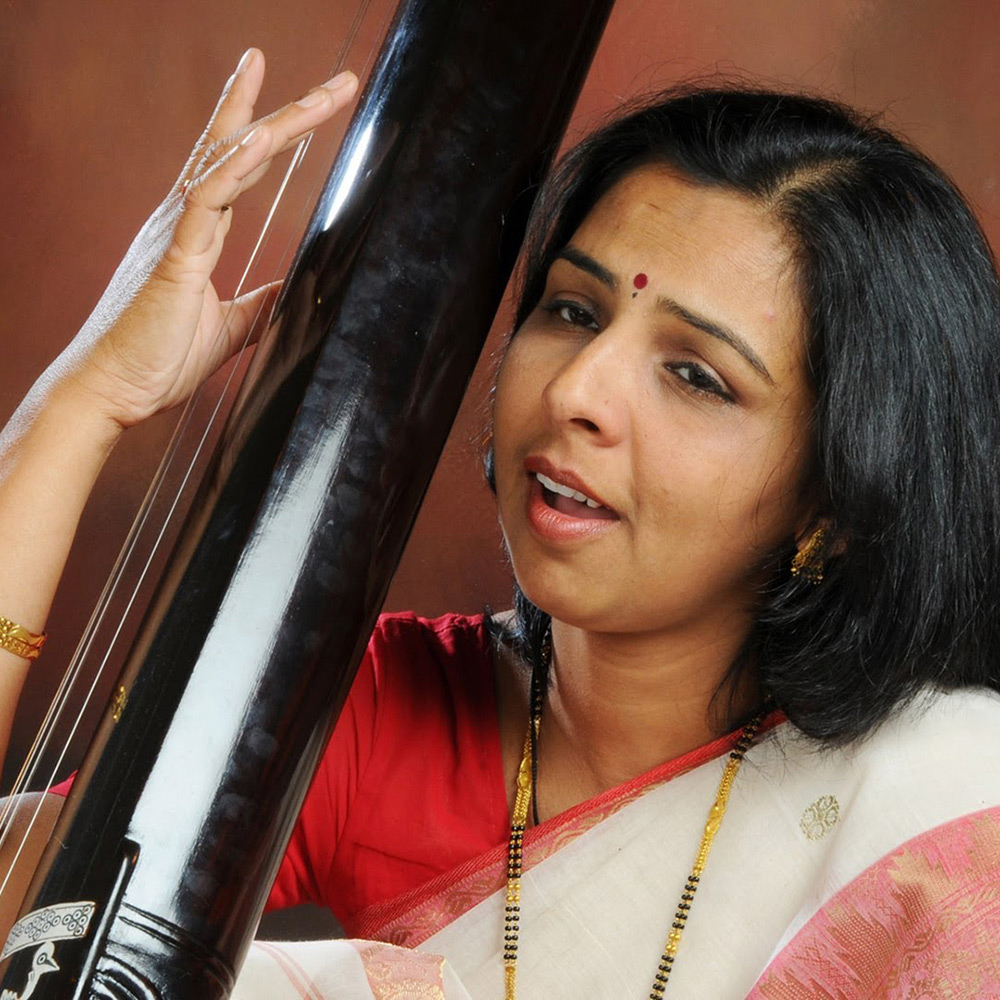 Manjusha is a name to be reckoned with in Indian Classical/Vocal Music. She was born at Maharashtra's Natyapandhari, Sangli, a small town in western Maharashtra known as Maharashtra's Artistes Paradise, which gave us great maestros like Lata Mangeshkar and Pt. Hridaynath Mangeshkar. Manjusha is M.A. (Music) from Shivaji University, a 1st rank holder, and Sangeet Visharad of Akhil Bharatiya Gandharva Mahavidyalaya. She is an 'A' graded artiste of AIR (All India Radio) for Light and Classical Music. Manjusha started her music career with Pt.Chintubua Mhaiskar in 1982, at the tender age of 12 years. She later became a disciple of Pt. Kanebua. Under his able guidance in the traditional Gurukul system, Manjusha was groomed as one of the promising artistes of her generation in the Agra and Gwalior Gharana Tradition. She trained with him for almost 12 years, until he passed away in 1997. By that time she had made her career as a performing artiste and the very next year she performed in the Sawai Gandharva festival. Manjusha has also received training from late Pt.Narendra Kaneka, a staunch disciple of Pt. D. V. Kanebuwa and notable vocalist Smt. Shubhada Paradkar.