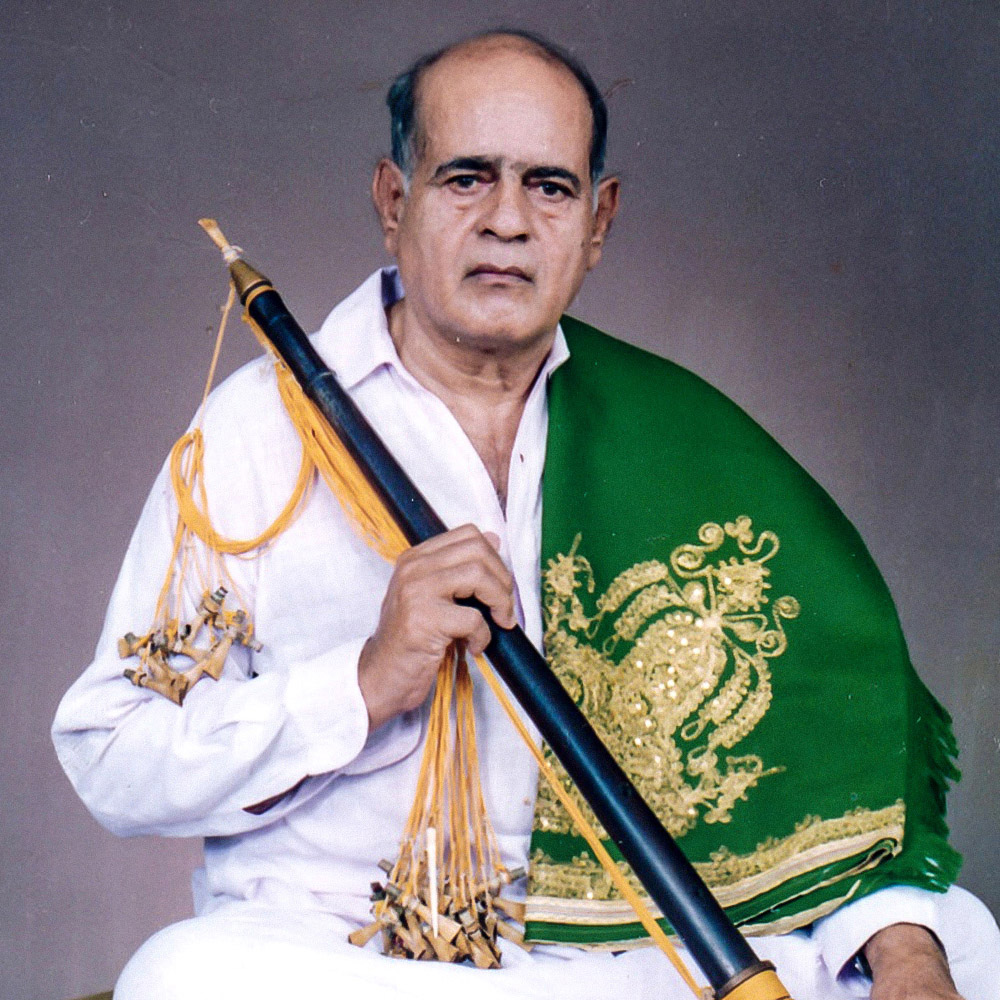 Sheikh Chinnamaulana, an endearing name to thousands of his admirers, was born on 10th April 1926 in Andhra Pradesh. He was sanctified with the musical legacy from his ancestors who were all Nagaswara vidvans. No wonder he evinced the interest to take up Nagaswaram and received his initial training from his father and later from vidwan Adam Sahib of Chilakalooripeta. He received further training in the Tanjore style of playing under the Nachiarkoil brothers, Rajan and Dorai Kannu. Chinnamaulana's raga expositions were alluring, diving into the ocean of music, and exploring all its possible splendours. Such was his charisma that his maiden performance in 1960 gave him instant fame. He was never satisfied with anything less than perfection and his playing was strictly in tune with 'Sampradaya' and never did he compromise in this respect. Awards and titles galore, like Padma Shri award (1977) from the Government of India, Sangeet Natak Akademi award (1976) and the Sangeetha Kalanidhi title (1998) came to him. The cascades of his rustling brugas were exemplary and the rendition of krutis was equal to vocal rendering. His magnificent musical journey ended on 13th April 1999 in Sreerangam.