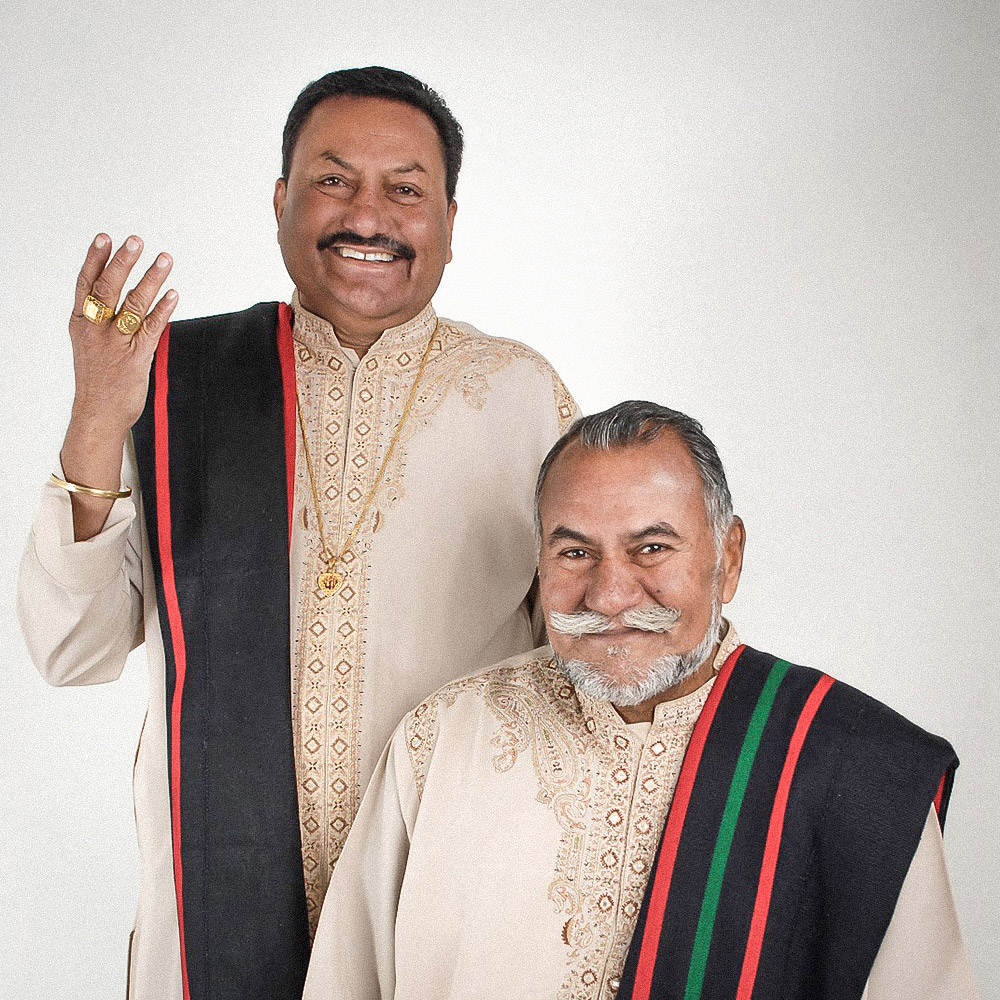 The Wadali Brothers (Puranchand Wadali & Pyarelal Wadali) are Sufi singers and musicians from Guru ki Wadali in the Amritsar District in Punjab, India. Born into the fifth generation of musicians given to singing the messages of Sufi saints, the Wadali brothers dabbled in the most unexpected of professions before they became Sufi singers. While Puranchand Wadali, the elder brother, was a regular in an akhara (wresting house) for 25 years, Pyarelal contributed to the meager family income by playing the role of Krishna in the village rasleela. Their father, Thakur Das, forced Puranchand into music. Puranchand studied music from celebrated masters like Pandit Durga Das and Ustad Bade Ghulam Ali Khan of the Patiala Gharana. Pyarelal was trained by his elder brother, whom he considers his mentor and guru even today. Their first musical performance outside their village was in Harballabh Temple in Jalandhar. The duo went to Jalandhar to perform at the Harballabh Sangeet Sammelan but was not allowed to sing because their appearance did not pass muster. Disappointed, they decided to make a musical offering at the Harballabh temple, where an executive of All India Radio, Jalandhar, spotted them and recorded their first song. The Wadali Brothers sing in the gurbani, kaafi, ghazal and bhajan genres of music. They live in their ancestral house in Guru ki Wadali, and teach music to those who promise to preserve it. They do not charge their disciples, and lead a very simple life devoted to the divine one. They believe in the Sufi tradition deeply and consider themselves as a medium through which the preaching of great saints has to be passed on to others. They have never indulged commercially and they have only a handful of recordings to their name (mostly from live concerts). They believe in singing freely as homage to the divine one. They do not feel very comfortable in using electronic gadgets in their music, and stress on Alaap and Taans, believing that spiritual heights can only be attained if you sing unreservedly, in a free atmosphere. Recently they stepped into the world of Bollywood music, rendering music director and writer Gulzar's soulful lyrics in their unique style in the film ‘Pinjar.’ Also on the cards is a documentary which the Discovery Channel is planning to make on them. Pyarelal Wadali breathed his last on 9th March 2018. 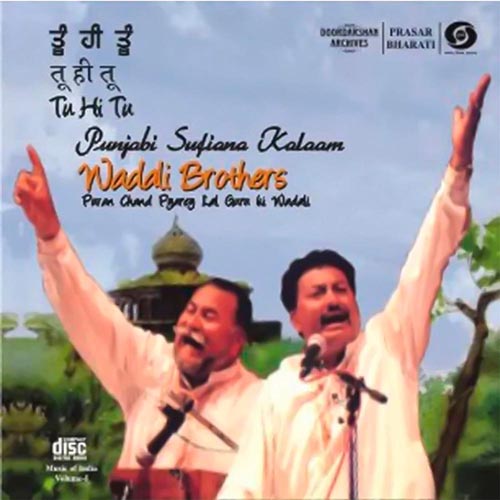 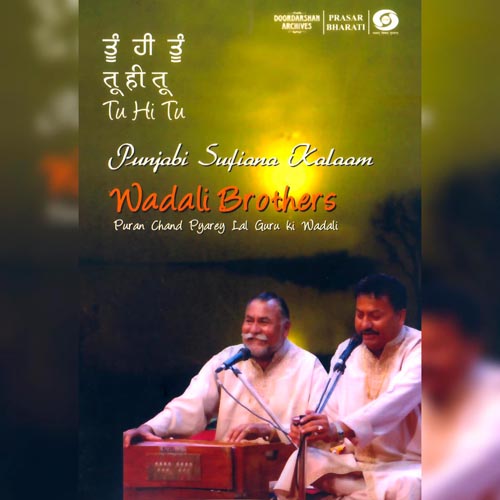