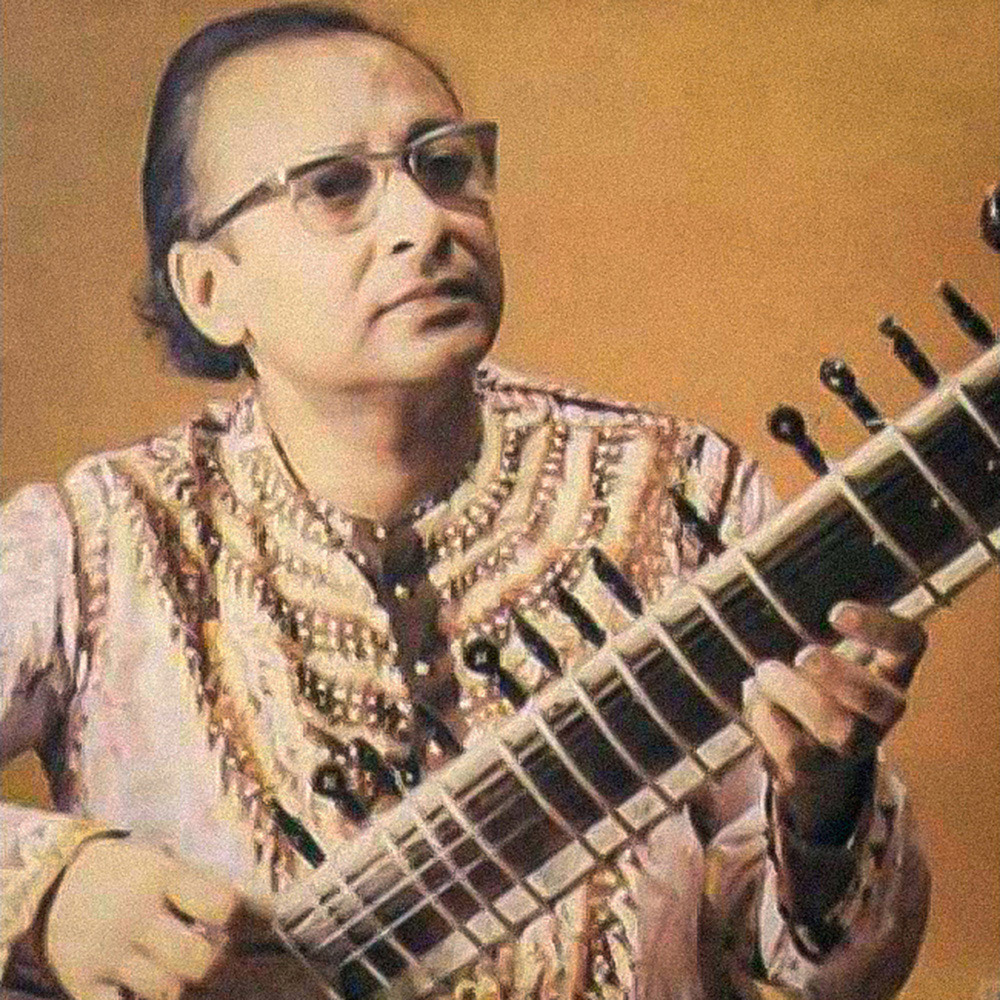 The duo of Banerjee siblings, Nikhil and Tapan, were born prodigies. Their father, the late Jitendra Banerjee was himself a well-versed musician who imparted the earlier lessons in vocal and instrumental music to his sons from their infancy. Nikhil Banerjee was put under the tutelage of Benjamin Gomes and then later took lessons from Ustad Mushtaq Ali Khan of Senia Gharana sitarists of Benaras. It was under the auspices of Ustad Mushtaq Ali Khan that he developed the perfect and bold deployment of the 'mizab' and the neat execution of the left-hand fingers for neat 'meend' and forceful 'gamakas'. The remarkable aspect of Nikhil Banerjee's personality was his ability to observe the best in all musicians whether vocalists, instrumentalists or percussionists. He was fortunate to receive attention from some of the well known maestros of his time, including Radhika Mohan Moitra and Kumar Birendra Kishore Roy Choudhury of Gouripur. It was a chance meeting in Kolkata with the legendary Baba Alauddin Khan of Maiher which led him to become a Hindustani Classical musician of the Maihar Gharana who magnificently played the stringed instrument, Sitar. After Maihar, Banerjee embarked on a concert career that was to take him to all corners of the world, right up to his death. All through his life he kept taking lessons from Ustad Allauddin Khan and his children, Ustad Ali Akbar and Smt. Annapurna Devi. Perhaps reflecting his early upbringing, he always remained a humble musician, and was content with much less limelight than a player of his stature could have vied for. For him, music-making was a spiritual rather than a worldly path. Even so, in 1968, he was decorated with the Padma Shri. Banerjee recorded only a handful of recordings during his lifetime but a series of live recordings continue to be released posthumously making sure that his musical legacy is preserved for posterity. He did not enjoy recording within the confines of the studio, though his early studio recordings with EMI India such as Lalit, Purya Kalyan and Malkauns are now considered to be classic renditions of these ragas. Nikhil Banerjee used to practice 'riaz' for as many as eighteen hours on almost regular basis. It is interesting that a large number of present day and upcoming sitarists are inspired and influenced by Nikhil Banerjee's approach to the Sitar and have adopted his style and technique. 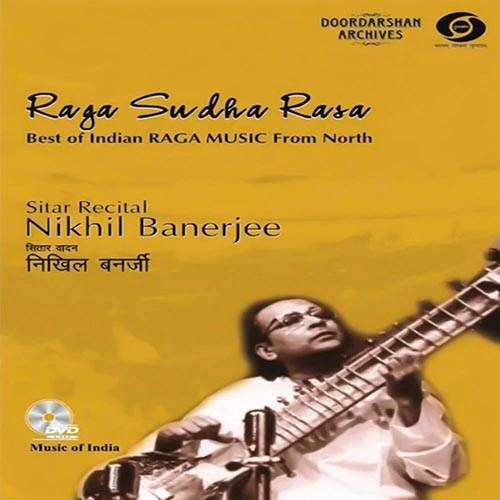