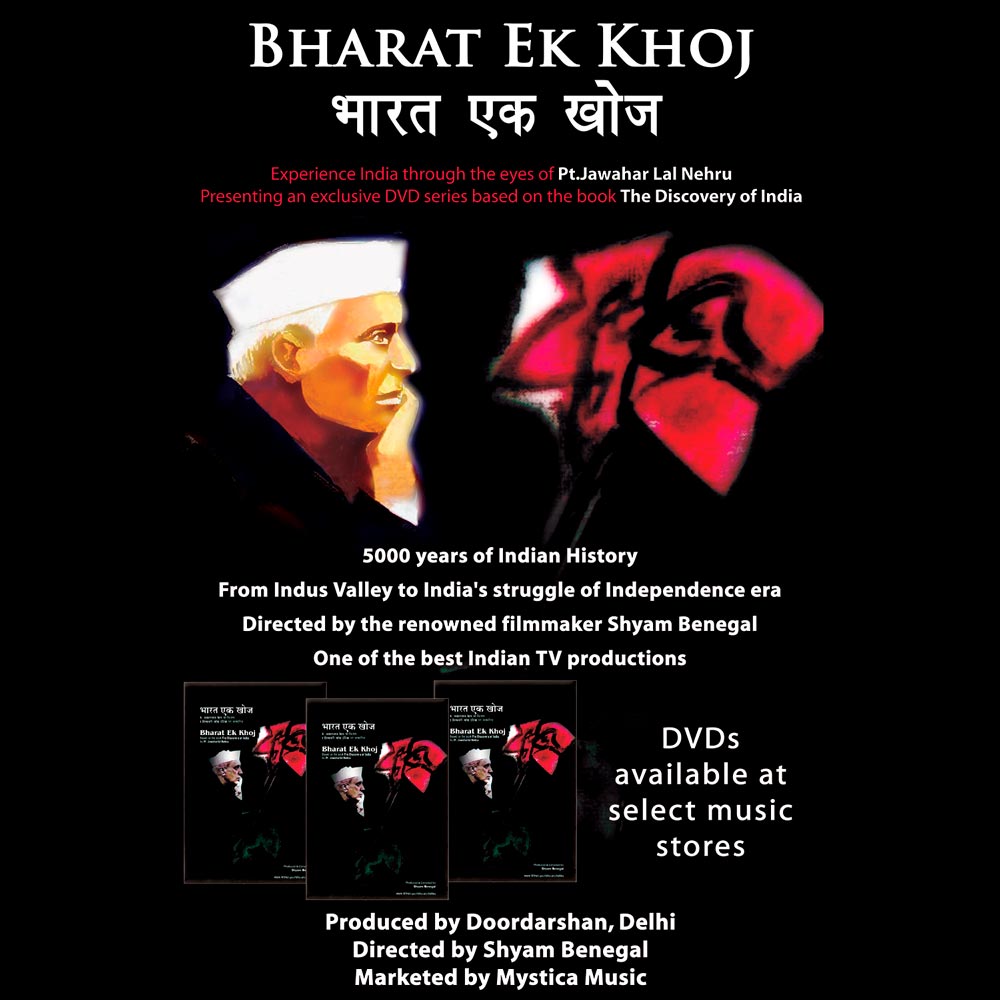 Bharat Ek Khoj is a 53 episode television series that dramatically unfolds the 5000 year history of India from its beginnings to the coming of independence in 1947. It is a series of explorations into the different periods of Indian history and was made in 1988 by the writer, director and producer Shyam Benegal. The serial is based on a book written by the historian and the first Prime Minister of independent India, Pandit Jawaharlal Nehru, titled The Discovery of India. This series was telecast on Doordarshan. The starcast included Om Puri and Roshan Seth. Pandit Nehru was portrayed by Roshan Seth, who had previously portrayed Nehru in Richard Attenborough's Gandhi in 1982. With an amazing pictorial presentation of Roshan Seth and enchanting tough voice of Om Puri making the serial one of the best TV series aired in India along with Malgudi Days. Categorizing it with documentary, it is the best documentary aired in India along with Surabhi. It portrays the Indian history with some fictional stories to make it more interesting. The timeline and the historical records it provided was a good source of knowledge about Indian history. Bharat Ek Khoj depicts 5000 years of Indian History from Indus Valley to the era of India's struggle for Independence. Directed by the renowned filmmaker Shyam Benegal in 1986, it has approximately 44 hours of Content. It is one of the best Indian TV productions.