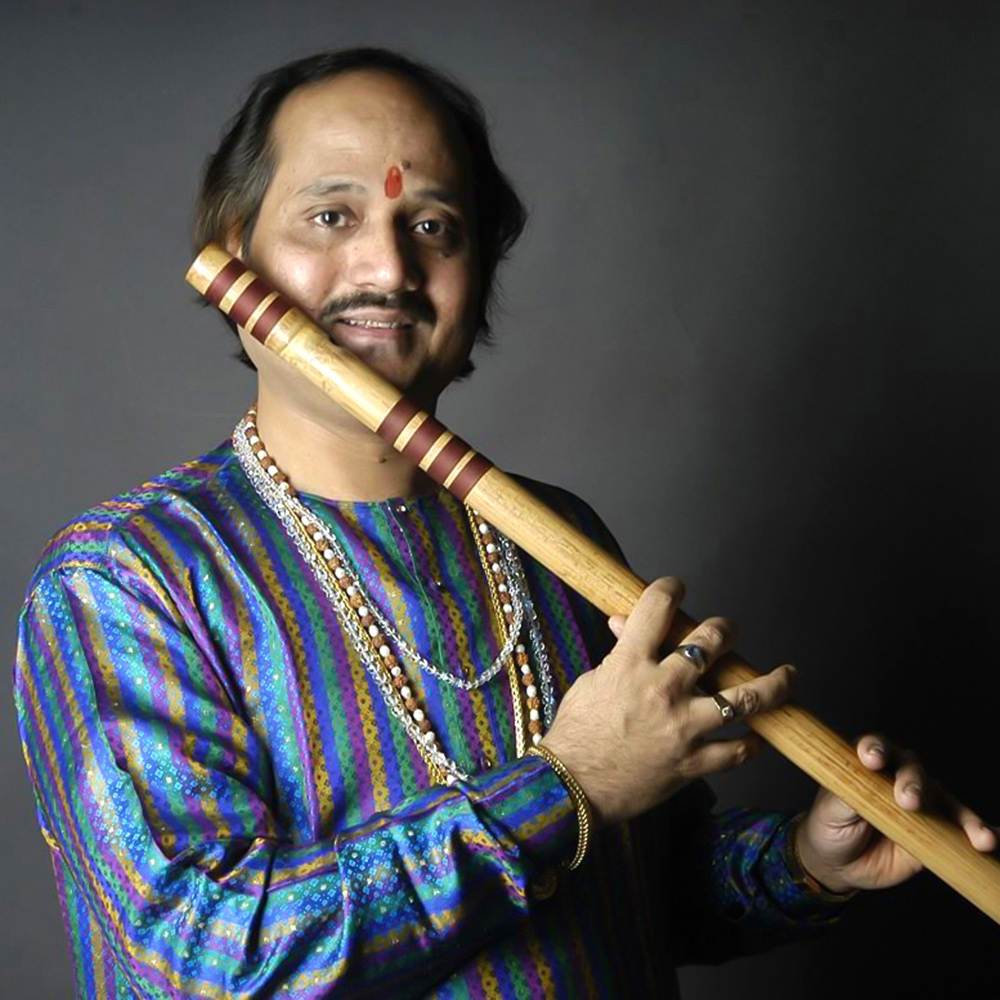 India's Ace Flautist needs no introduction to music lovers all over the globe. By virtue of his phenomenal talent, he and the Bansuri are literally synonymous. If the flute is likened to a temple, Pt. Ronu Majumdar would be its foremost worshipper. Ranendranath Majumdar, popularly known as Ronu Majumdar is a force to reckon with in the realm of Indian classical music both as a thinking musician and scintillating performer. Ronu Majumdar began playing the flute under the guidance of his father Dr. Bhanu Majumdar, late Pt. Lakshman Prasad Jaipurwale and finally the revered Pt. Vijay Raghav Rao. He was also fortunate to receive training from his grand guru Pt. Ravi Shankar. A powerhouse performer, Ronu Majumdar is firmly rooted in the Maihar gharana which has also given shape to sturdy musical oaks like Pt. Ravi Shankar and Ustad Ali Akbar Khan. He has created an enviable niche for himself in the field of contemporary popular music which is exemplified by his Grammy Nomination in 1996. He has been felicitated with numerous remarkable accolades for his mesmerizing performances worldwide, namely All India Radio Award, Aditya Vikram Birla Award, National Kumar Gandharva Award, Pandit Jasraj Gaurav Puraskar.