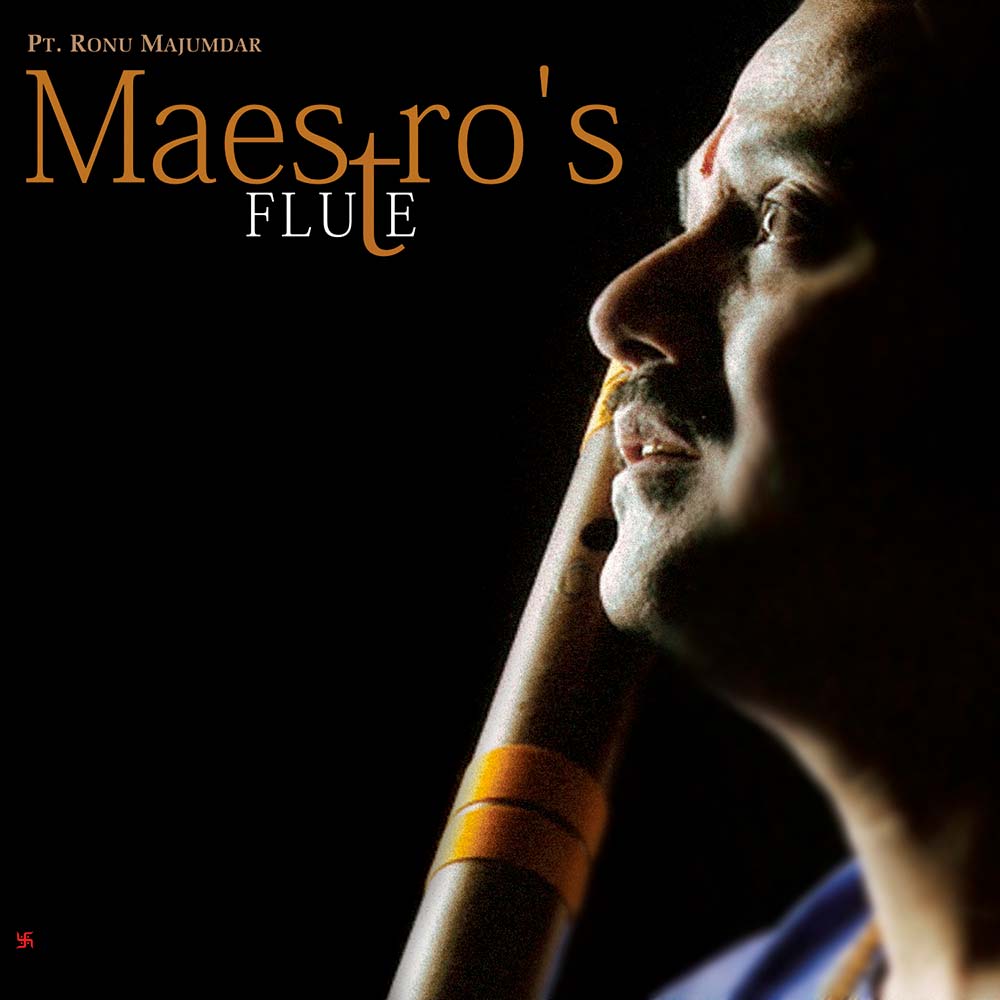 Ronuji's Bansuri is transcendental. It transports the listener to a zone where divinity reigns supreme and produces a balmy effect thereby taking us on a spiritual journey. Ronuji's incredible range of albums has one more gem added to it 'Maestro's Flute'. This album features phenomenal performance of Raga Bihag and Raga Nat Hans. The first track presenting Raga Bihag is one of the most popular ragas. Some common songs in this raga are 'Boliye Surali Boliyan', 'Hamare Dil Se Na Jana Dhoka Na Khana', and 'Tere Sur Aur Mere Geet'. It is a late night raga (9:00pm-midnight) of audav-sampurna jati. The second track presenting Raga Nat Hans is a creation of Pt Vijay Raghav Rao. This raga is the combination of Raga Nat and Raga Hansdhwani. These kinds of ragas are called Jod Ragas. The Vadi Swar is Rishabh and Samwadi Swar is Pancham. The composition in Teen Taal played in Nat Hans is a unique Bandish composed by Pt Vijay Raghav Rao. This raga can be played in the second phase of the morning or early afternoon. Enchanting rendition of these ragas by virtuoso Pt. Ronu Majumdar has made this album a must for all music connoisseurs.