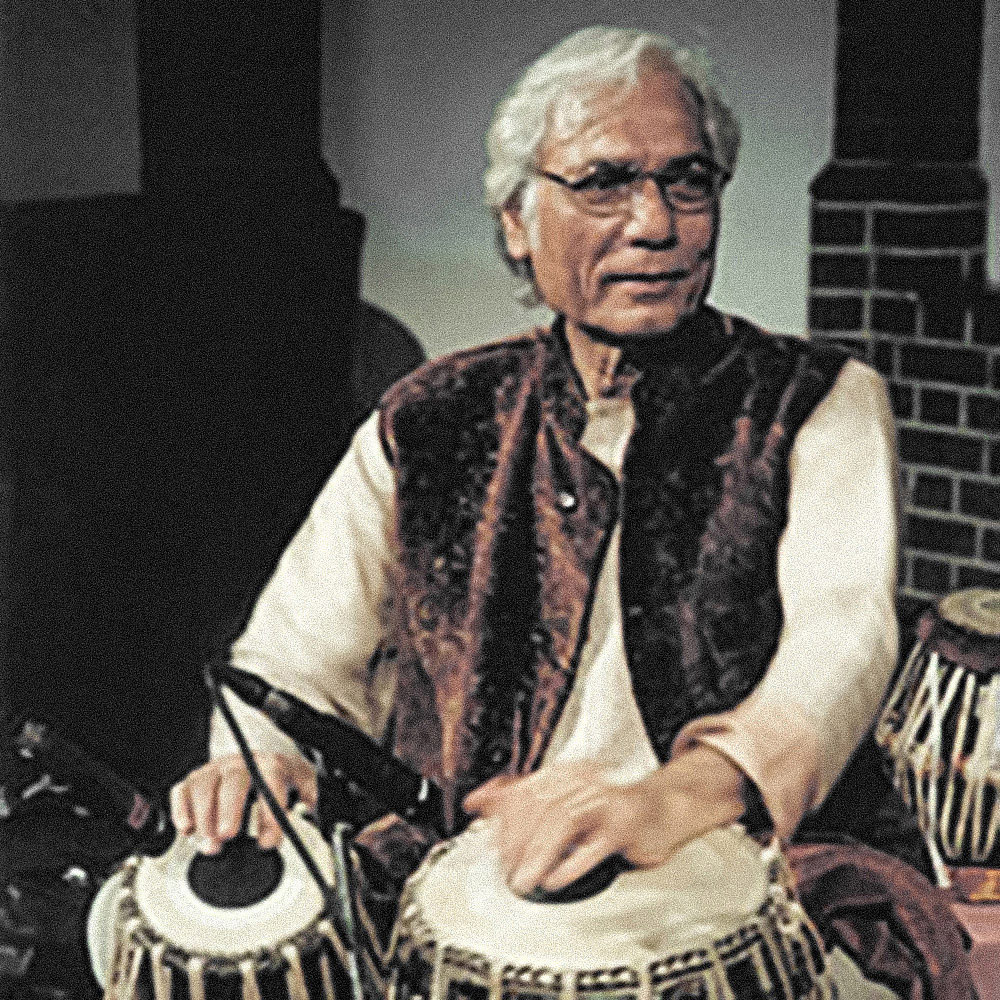 Hailed as one of the foremost tabla maestros of India, Pt. Shanka Chatterjee was born in a highly cultured family of musicians. He inherited music from his father Dr. Jogendra Nath Chatterjee, a distinguished vocality as well as a medical practitioner. By the time he turned 5, he was already playing brilliantly with reputed musicians in concerts. He studied under the tutelage of great maestros like Late Ustad Maseet Khan, Late Ustad Keramatullah Khan and Late Ustad Alla Rakha Khan in Guru Shishya Parampara. His high reputation as a performer, composer and teacher stem from his mastery over three leading Gharanas (schools) of tabla: Farukhabad, Delhi and Punjab. He has developed a new style of tabla playing which is a beautiful synthesis of the three Gharanas which has been well praised by master musicians and critic alike.