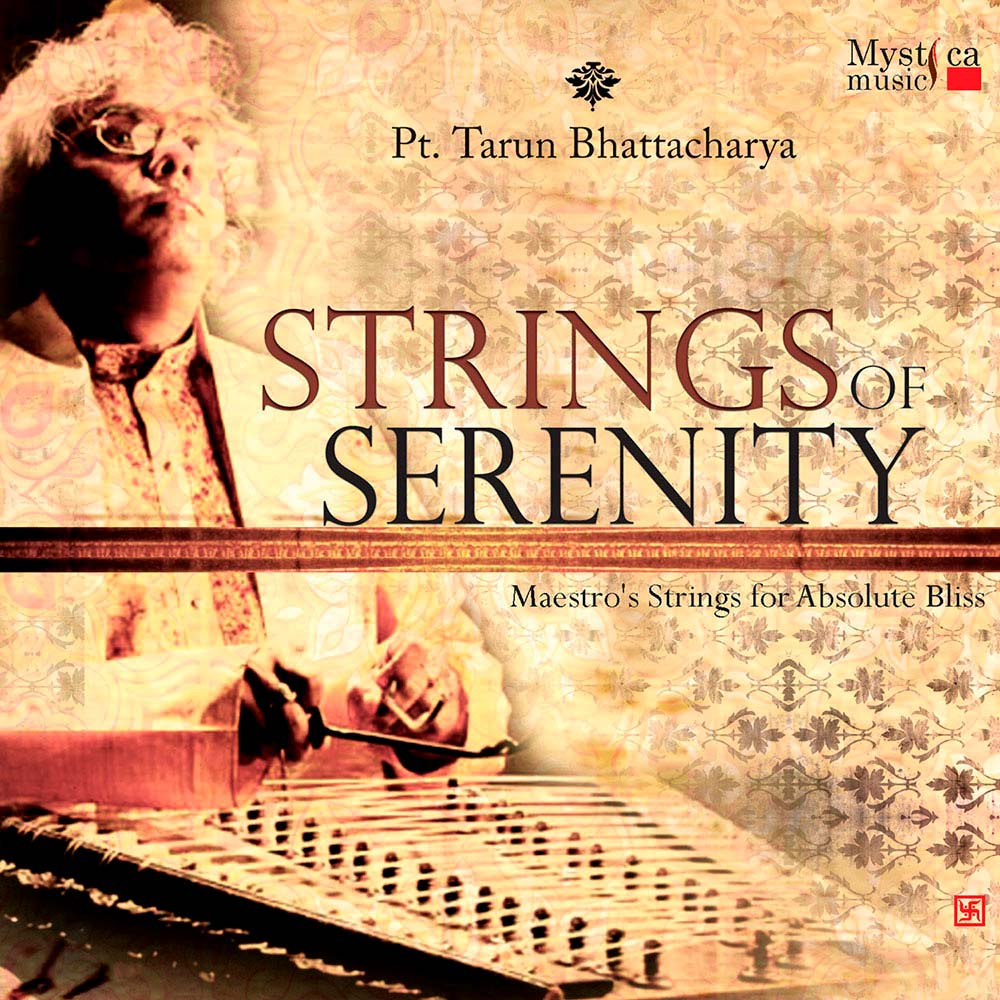 Strings of Serenity features mesmerising performances of Raga Abhogi and Bhatiyali Dhun by Pt. Tarun Bhattacharya. Raga Abhogi is a raga in Carnatic music. It has been borrowed from Carnatic music into Hindustani music recently and is also quite popular in the latter. Abhogi is a scale that is used for compositions in a medium to fast tempo and played in the night. This is one of the brilliant performance ever. The second track features Bhatiali (also called Bhatiyali) which is a traditional form of folk music in Bengal, Bangladesh and West Bengal. Bhatiyali is a traditional boat song, sung by boatmen while going downstreams of the river, as the word Bhatiyali comes from Bhata meaning 'ebb' or 'downstream'. The tune in this track is about a newly-wed young bride leaving her home with the groom and venturing into the unknown world. Maestro Tarun Bhattacharya has made this album very special by bringing out the intricacies and nuances of Raga Abhogi in his inimitable style, and the somber melancholy in Bhatiali Dhun, through his strings for absolute bliss.