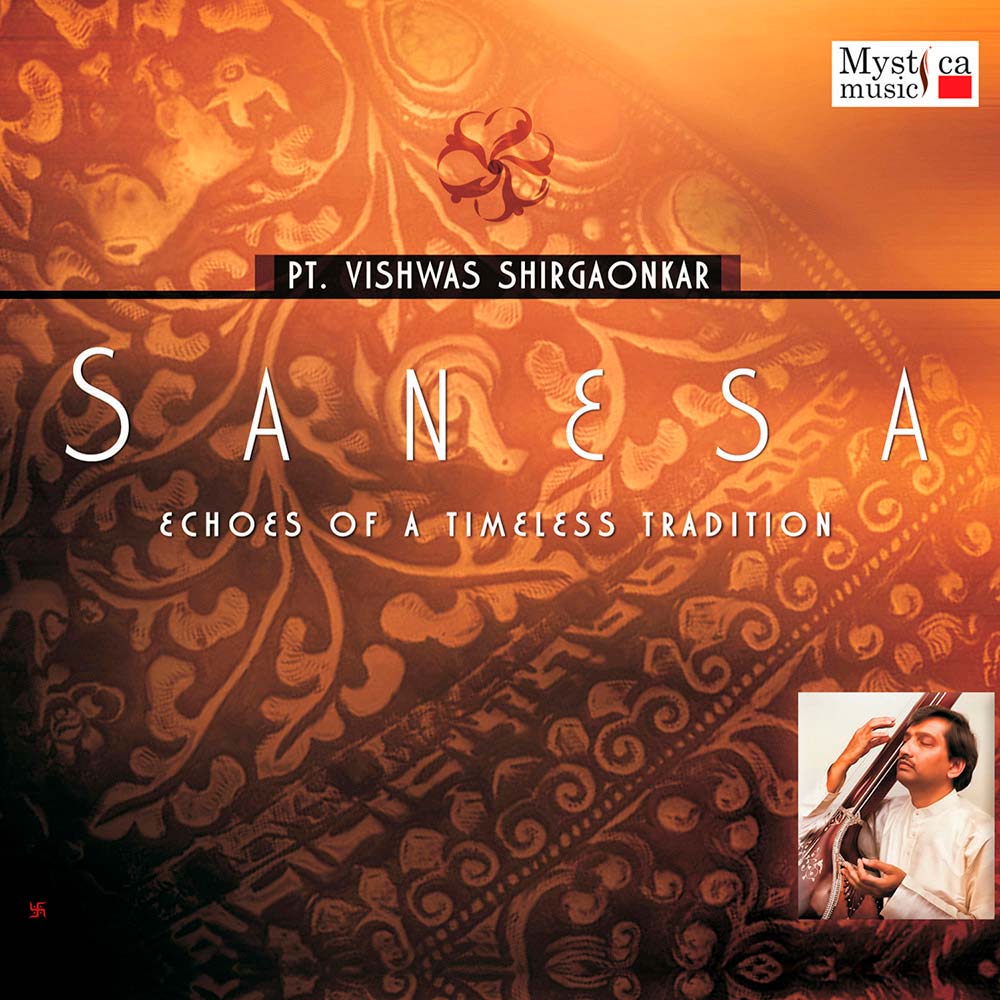 Sanesa - Echoes of a timeless tradition wonderfully connects connoisseurs of classical music with the tranquillity and soulful experience of the Jaipur-Atrauli gayaki through Pt. Vishwas Shirgaonkar'S mellifluous voice. It features Raga Jaunpuri which is a late morning raga in north Indian classical music. It is a subtle and sweet melody which beautifies the serenity of the fresh morning. Another raga featured in this album is Raga Nand which is a product of the highest musical imagination, a masterful synthesis of calculation and aesthetic imperatives. The contours of Raga Nand are not obtained from simple, straight Aroha/Avarohana runs. There are tantalising shades of 3 or 4 ragas but the overall artefact is composite. Raga Nand employs all the shuddha swaras along with the teevra madhyam. Yet another raga in Sanesa is Raga Nat-Kamod which belongs to an important segment of the Jaipur-Atrauli repertoire of compound ragas, in which Nat and its various angas are blended with other ragas. Nat-Kamod is a rarely sung raga, derived as a compound of Nat of the Bilawal parent scale, and Kamod of the Kalyan parent scale of Hindustani music. The concluding part of this album is Rajasthani Folk song in the form of badhai geet- a song traditionally sung during marriage ceremonies in Rajasthan. In this album Pt. Vishwas Shirgaonkar, Pt. Ashis Sengupta, Ustad Asif Ali Khan, Shri Vinay Mishra and Shri Anurodh Jain intend to take you through a beautiful journey of Indian Classical music.