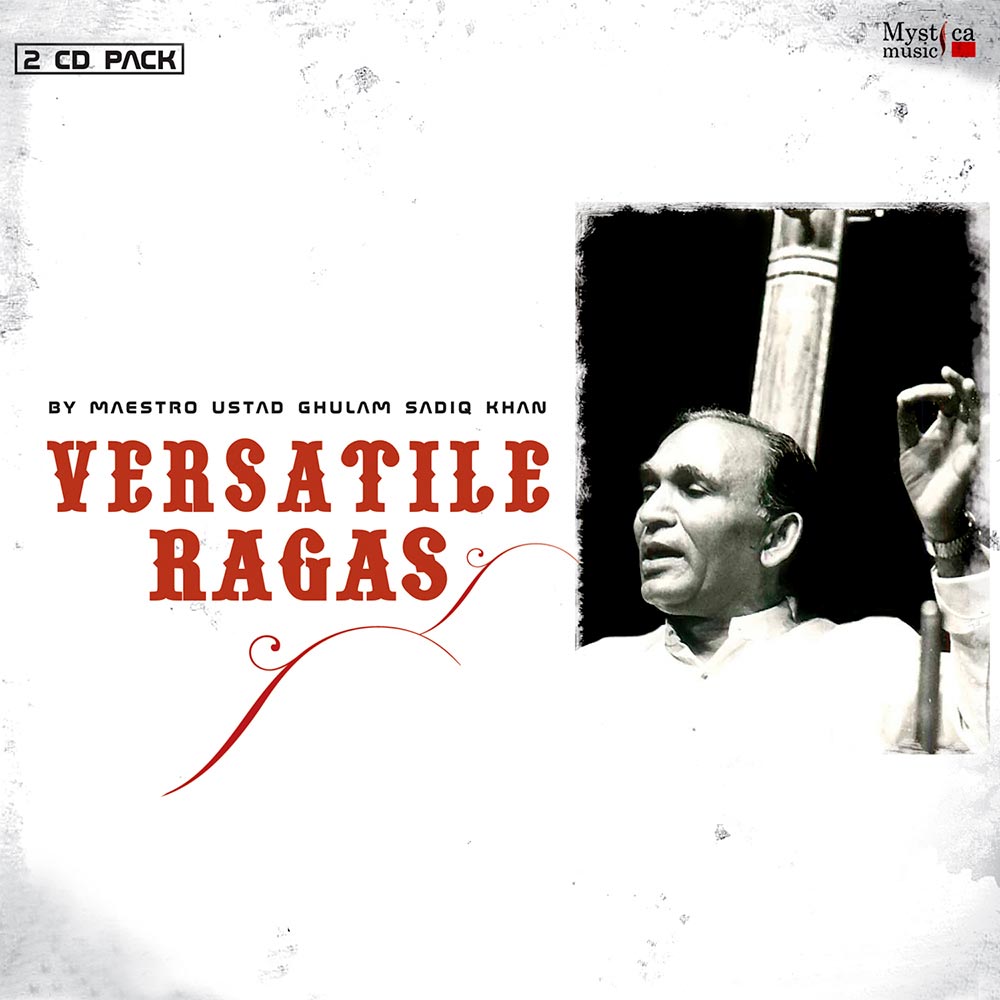 Versatile Ragas by maestro Ustad Ghulam Sadiq Khan is an exquisite collection of eight ragas presented in two volumes. The album begins with the enchanting Raga Lalit which is an early morning raga, followed by Raga Gaud Malhar which is associated with rainy season and is a beautiful blend of Gaud and Malhar Ang. As Gaud Malhar celebrates the rainy season, the next rendition of Raga Basant symbolises the advent of spring season, conveying the elegance and tenderness of love. It is one of the remarkable performances by Ustad Ghulam Sadiq Khan as it portrays his mastery here by effortlessly moving through Sapaat Taans across three octaves, a feat achievable only by a true maestro. Soon after this come Raga Durga and Raga Desh, evoking joy and happiness in the heart of the listener. With this ends the first volume of Versatile Ragas. The delightful pentatonic melody of Raga Abhogi marks the beginning of the second volume of Versatile Ragas by Ustad Ghulam Sadiq Khan. And the next in this volume comes Raga Shahana, a derivative mode of Kanhara genre of Ragas, which is a fine blend of Adana, Darbari and Malhar Ang, and carries immense grandeur in its melodic structure. As the album began with the early morning raga, it ends with the entrancing melody of Raga Madhukaus which is played towards midnight. With this ends the journey of Versatile Ragas by Ustad Ghulam Sadiq Khan in his inimitable style.